Even in the Bronze Age, more than 4.000 years ago, it is said that copper was sought in Prettau. A so-called winged axe from that era, supposedly discovered in the mine in 1864, is evidence for this: the circumstances of its discovery have never been fully established.
The first confirmed reference to mining activity in Prettau is from the year 1426, when two guns of “Tauferer copper” were cast. The local copper was not especially suitable for making guns, however. Its exceptional ductility made it rather more suited to wire and brass production.
As elsewhere, mining started at Prettau on ore outcrops, i.e. where it reached the Earth's surface, in this case in the vicinity of the Rötkreuz mountain at some 2.000 metres above sea level. The veins of ore, from one to ten metres wide, led down around 550 metres from there. At first it was enough to excavate shafts to reach the veins but, from the end of the 15th century on, galleries had to be driven into the mountainside. Such excavation works sometimes took decades until the veins could be reached.
Over the centuries the “tradesmen”, as the mine operators were called, constantly changed. They were mostly from noble families, who would lease the mining rights from the sovereign princes. The last tradesman was the Count von Enzenberg, who had to close the works in 1893 as copper imported from the USA could not be beaten on price. It was only a temporary closure, however, as operations resumed between 1957 and 1971 when the mine was finally closed on ecological and economic grounds, with just 35 (mostly local) miners working in the galleries. 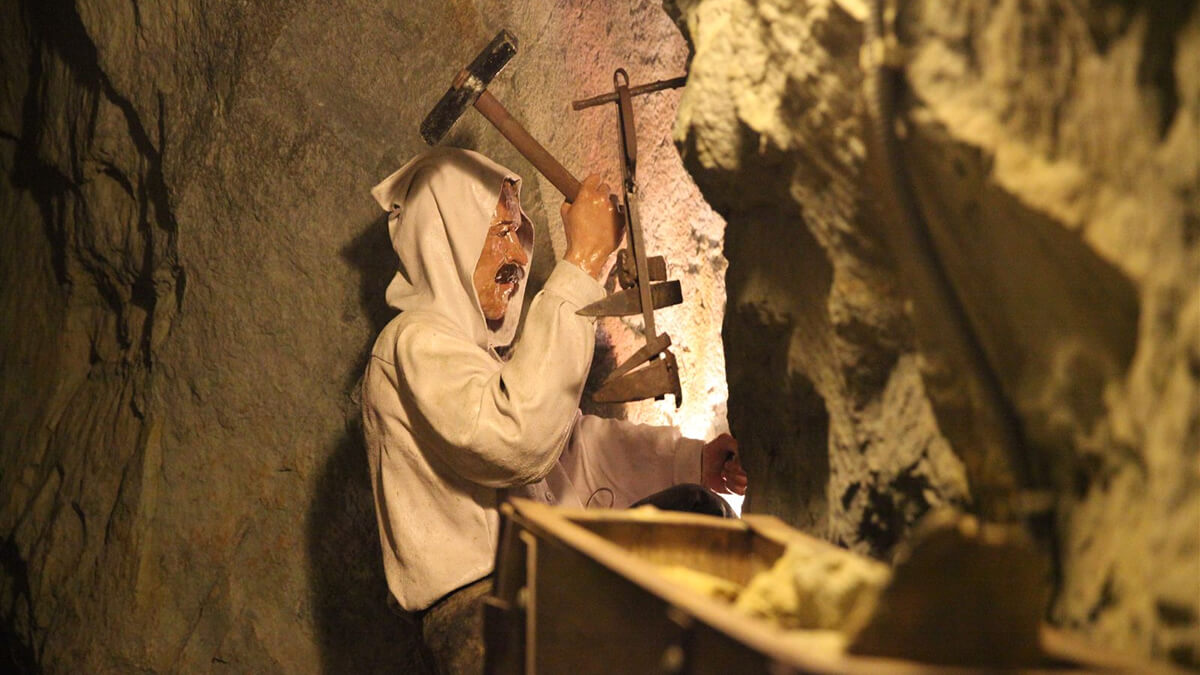 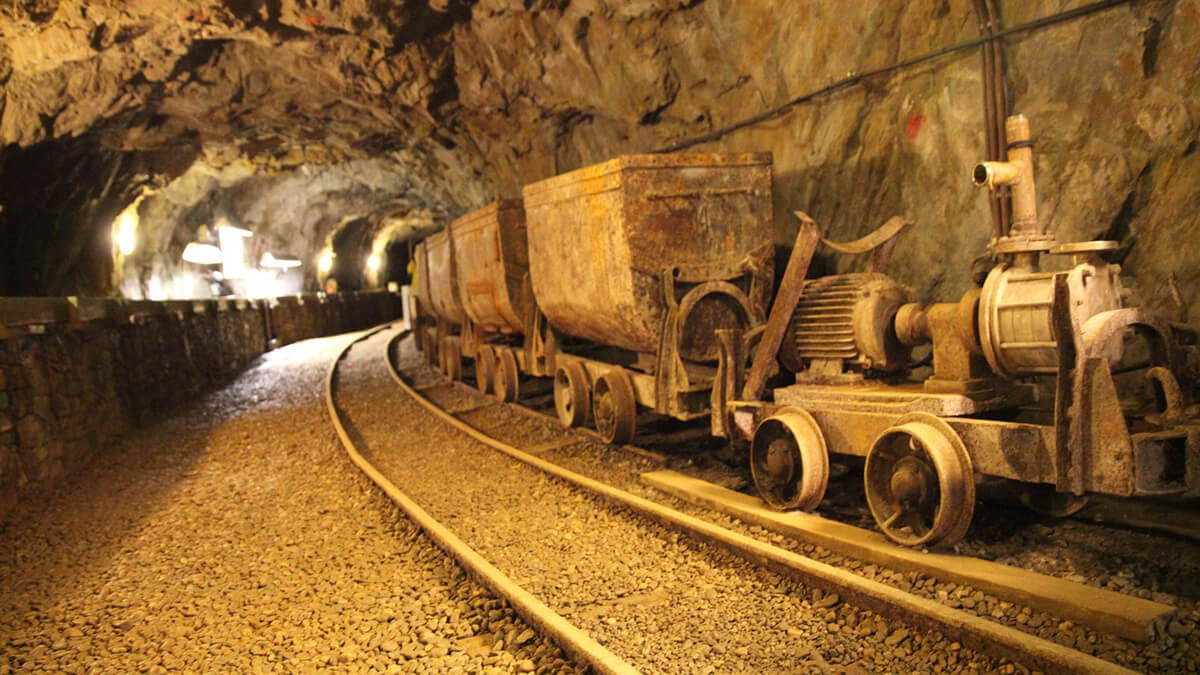 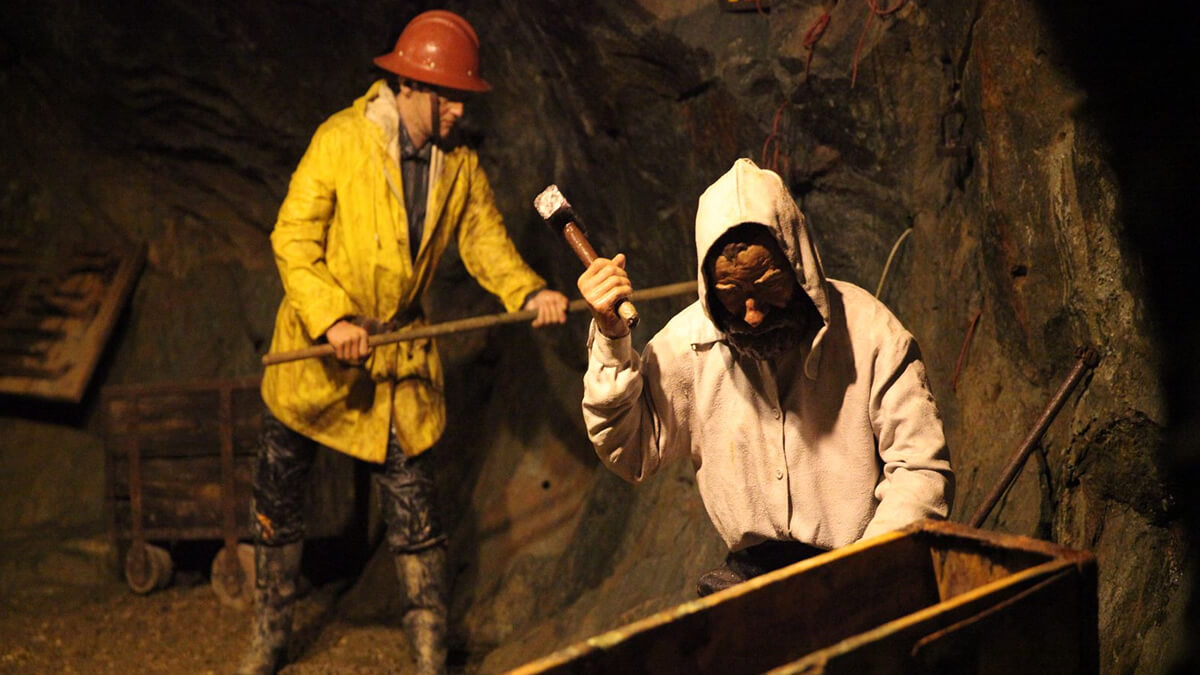 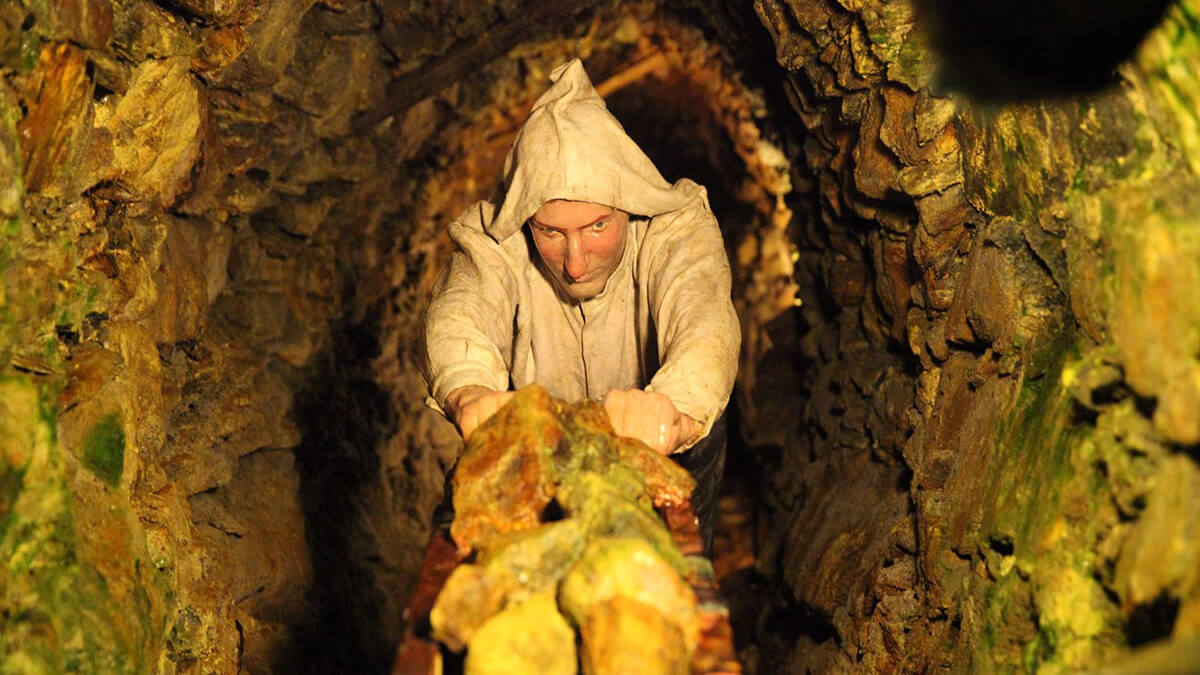