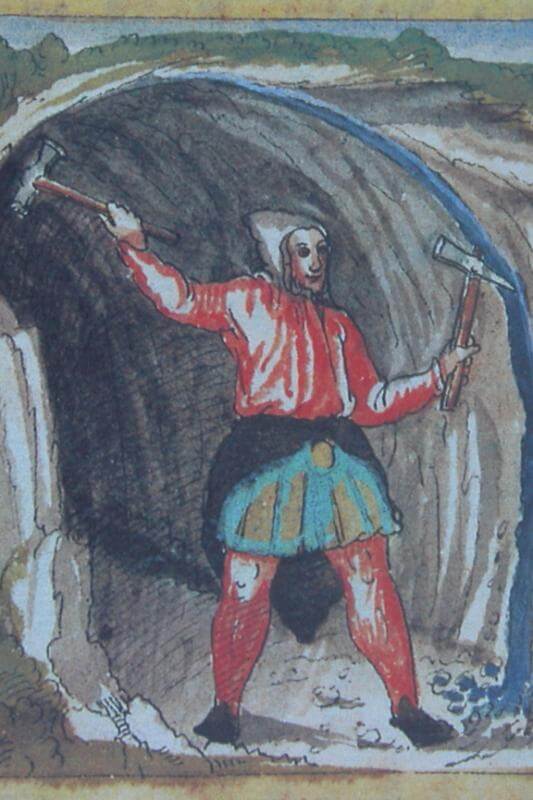 Sebastian Leitgeb is one of the few miners from the heyday of Tyrolean mining in the 16th century who is actually known to us by name. Leitgeb worked around 1530 in the Gossensass mines, possibly on the Altenberg, where ores containing silver were extracted. At that time, miners enjoyed a considerable reputation among the population as highly sought-after skilled workers.
Leitgeb’s name was put on record in 1533, when he was arrested by the judge of St. Michelsburg – far from his place of work in St. Georgen near Bruneck – and interrogated under torture. Leitgeb confessed to being an Anabaptist. This religious movement was severely persecuted by the authorities as a sect. The interrogation records state that the miner Leitgeb also recruited adherents to his faith among others in the mining districts of the Inn Valley. Sebastian Leitgeb was executed soon after his arrest at the court of St. Michelsburg.
Cookies allow us to provide our services. By using our services, you agree that we may use cookies. More Information Accept cookies