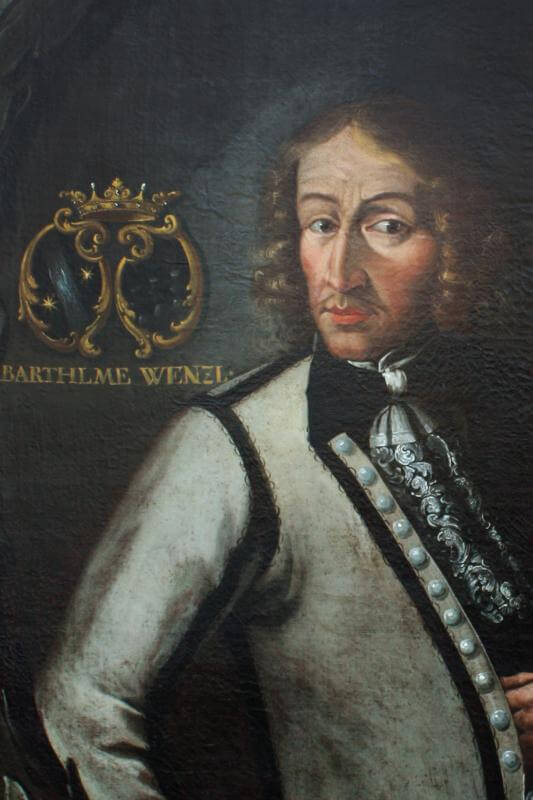 Bartlmä came from a respected entrepreneurial family and in 1674 married Anna Tannauer von Tannenberg. Anna’s family was active in the ore and metal trade in Schwaz. In 1676 Bartlmä and his younger brother Anton (1651–1716) purchased the copper mine in Prettau from their uncle Stefan Wenzl. This marked the beginning of the rise of the family, which was elevated to the nobility with the title of “von Sternbach”.
Bartlmä sold his share of the mine to his father-in-law, Georg Tannauer. The troubled mining operations in Prettau were reorganised under the new joint management of the Sternbach and Tannenberg families. The mine administration and smelters were combined under a new company name, “Ahrner Handel”. Until around 1700, a significant part of the copper extracted made its way to Trieste via Toblach.